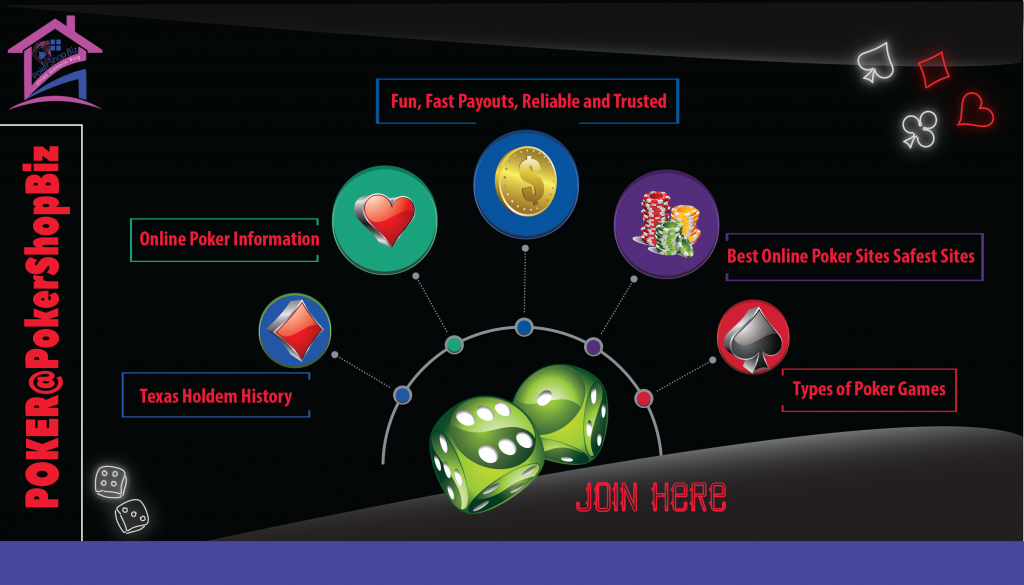 Texas Holdem Types of Poker Info Graph All the Facts on What you will find at PokerShopBiz Types of poker games and all about the best poker sites. Feel free to share it with link back to our site.

Lets look at Texas Holdem Poker and other various Types of Poker card games and their History which are exciting and fun to learn. Find the Best Online Poker Sites for Texas Holdem Here at PokershopBiz and Online Texas Holdem frequently asked questions below.

Types of Poker Community Card Games Like Holdem and others are games of  skill and luck combined, which all have betting as the determinant of a winner of a combination of cards among players, with some of the cards remaining hidden until the end of that hand. Lets learn more about the great types of Texas holdem and best types of poker sites to download and play online. 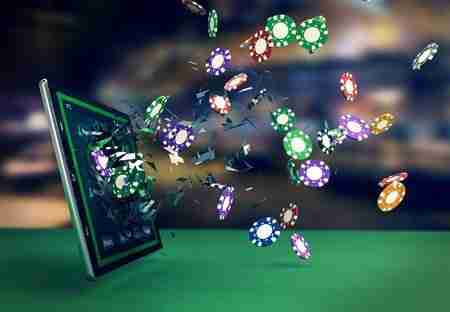 Find Holdem Sites in All languages to Play in Here at our Site for Poker Games around the World. The Best Safest Most Regulated and Fun Online Texas Holdem Poker and Casino Sites Listed Below:

Advertiser Disclosure: Please Read Terms and Conditions Apply to bonuses 18 Plus Only

Why are Texas Holdem Type Games so Popular?

This universally popular game since the twentieth century can be played among friends for small stakes or in big money games as well as large tournaments, where there are offers of multi-millions of dollars in prize money.

Its popularity is not only due to its suspenseful betting but also because of the psychological ruse involved such as bluffing (betting on a weak hand as though it were strong).

Checking strong hands to trap opponents who are aggressive and bluffing, re-raising, and other strategies to get the most money out of a good holdem poker hand as possible or to get an opponent to fold their fair to decent hand to your non existent hand that you may be bluffing.

Players have the option of checking, betting, calling a bet, raising and or re-raising a previous bet or simply folding and relinquishing the poker hand to the victor at any point prior to showdown. Poker is a game of skill and luck combined where you try to outplay your opponents just like in any other type of game, except here you can win a lot of money.

The first recognized reference to poker was reported in the memoirs (1829) of Joe Cowell who was a touring English actor. His work described the game being played with a pack of cards with each of the four players having five cards, thereby making it twenty cards. The four players bet on whose hand had the most valuable hand combination, or who had the best five-card combination.

At this stage, poker was identical to an ancient Persian game called As Nas, a four-hand game played with 20 card packs, five cards dealt to each player. This correlation made the card game to be called an imitative version of As Nas by some various students of games. However, the assertion was later discredited.

By 1834, the second known date with reference to holdem poker, the game had now been changed to the modern 52-card deck. After this, the history of the game since grew and then entered in an entire addition of new attributes.

The straight was introduced as an extra valuable hand; the draw attribute was added to enable the players to  stay in even when not originally dealt good hands; and then stud, as an increase to the number of opportunities for betting rounds.

Such as we now have 5 card and seven card stud, all giving way to additional betting rounds and higher pots. The more chances to bet means more fun and more action, with the eventual winner being that much more happy with the size of his win.

Texas Holdem Poker type card games  spread up from the Mississippi River to most parts of the country and a great amount of its innovations came in the decade 1861–70 and probably was stimulated by the vast amount of gambling play by soldiers on both the north and south sides in the Civil War.

The game of poker then spread to the continent of Europe in 1871, when Queen Victoria got interested and asked for the rules to it after she heard its explanation to members of her court by a U.S minister, Colonel Schenck. The widespread acceptance of the game in Europe came in between 1911–20 and is attributed greatly to the influence of the American soldiers armed Force participating in World War I.

Fast forwarding in poker history …..The great gambling games popularity surge of Holdem in the 21st century was contributed to by the introduction of online hole-card cameras and introducing the game online, which changed the phase of the popular game into both a spectator sport as well as a players game.

This then allowed the game to be watched on television and also played by viewers from the comfort of their own homes with out having to leave their computers and TV sets and brave the outdoor elements and traffic to do so. Online gaming was alive and well now and flourishing worldwide today.

In 2009, the International Federation of Poker, the official body of the game was founded in Lausanne, Switzerland with the aim of promoting the game, and that they did as we can see from where we are today in poker history.

What Types of Poker Holdem Card Games can I Play? 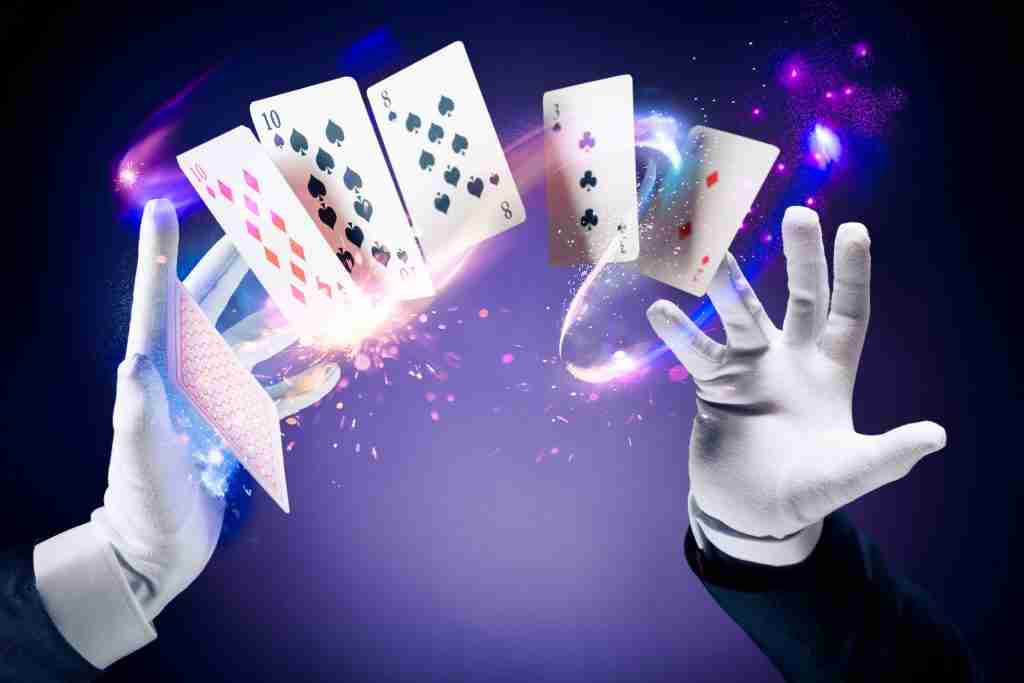 One of the most popular Types of Poker forms of community card games is Texas Hold ‘Em. This game allows each player to receive two cards face down while five community cards are dealt in intervals. First three cards at once on the flop and then the last two one by one on whats called the turn card and then the final river card. Betting occurs after each deal.

Poker basically has three main types which include draw, stud, and community card. In draw, each player’s full hand is hidden until the showdown; in stud, some but not all of a player’s cards are dealt face-up; while in community-card, players formed their best hand with some exposed cards.

Another round of betting then occurs and then followed by the showdown (where the remaining players reveal their cards). Players can fold at any time during the game, forfeiting the money they have already bet.

A decline in draw’s form of the game popularity during the second half of the 20th century favored the rise of stud  and various community-card poker game variants going forward.

In these types of poker games, cards are dealt in stages which are either five or seven with rounds of betting in each stage. In the five-card stud, each of the players receives one card face down and one face-up. This is then followed by a betting interval.

Additional cards are dealt face up one after the other with betting after each card. There is a showdown after the last betting stage where the five cards have been dealt with the final card dealt face down like the first. A winner is determined thereafter.

Seven-card stud is the same type of poker game as with the five-card stud version only that in this case, the first dealt cards features two cards face down and one card face-up and then followed by betting intervals. For the showdown, after the seven card is dealt, each player then select the best five cards to make up his poker hand and again the last card is also face down like the first two dealt.

Texas Holdem No Limit Poker is a Community Card Game

Alternatively known as shared cards poker, players receive cards of their own while some of the cards usually placed at the center of the table are shared by all players. To form the best five-card hand, players combine their cards and the shared cards. Otherwise known as no limit holdem

Omaha is another type of poker game form of shared cards type of poker similar to Texas Holdem. However. In this case, players have 4 whole cards instead of 2 in holdem and can only pair three shared community cards with two out of the four hole cards they hold in their hand.

Omaha is a very exiting game as well with some big pots and lots more outs and combinations of hands so your math skills can be of good use to you here in this game figuring out the more complex odds of winning hands.

Ollies Gamblin Blog recommends you start with 888 Poker and Party Poker and Ignition Poker and for their wide range of game types to play. Then join up to the rest as you become comfortable. Or join the poker room that your friends also belong to and play your favorite types of poker games along with them.

888 offers a free 8 or 88 dollars at registration with no cost to you to try various types of poker. The amount of 8 or 88 depends on country of origin that you are registering from. 888 has both poker game types and online casino games as does party poker and party casino etc. Make sure you collect this bonus before its gone. Good luck and have fun racking it in at Texas Hold Em!