Like at Casino’s Ripping Off Their Customers in Bricks and Mortar Classic Bingo Game Parlors with Ambiguous Bingo Rules. Local Bingo (SCAM WARNING) Why you should Play Online Bingo Instead: Online Bingo is Better than Classic Local Bingo Halls because the Last Number Called Rule is Burning People for Wins and costing them money. Learn about bingo rules and etiquette with our informative and interesting look at the world of bingo below.

WHY You should play Online Bingo & Avoid Bingo Halls

Some of these are run by government or private owned casinos and slots. What some of these do all around the world is rip people off with the last number called rule. It is scamming players out of their money. Keep Reading to Find Out Why and What is Happening.

Get the Best Online Bingo Tips  Now for Fun, Safe Online Bingo Learn how to play bingo online at home and relax in comfort by Online Gaming Companies especially ones that are publicly traded on the stock exchanges and are more transparent than your mom and pop bingo scam games.

I watched a lady Bingo 3 times in a row and not get paid on the same card at a local bingo hall. She watched as she had a full card with the runner standing beside her with his hands in the air. What happened was she did not bingo on the last number called. They did not pay her for her full card bingo and I call that a Bingo Rip Off courtesy of your now government run bingo and slots hall. Is It a true Scam? Depends how you look at it. It is deceitful at best and a complete scam and rip off to players at worst.

Especially for the reasons I will explain. Even the runner did not know what was happening. Or the players. This lady bingo’d 3 times and they ignored her after the second time. (This is not the First time I have witnessed this) The explanation was vague, rules not given, had to be asked for, and the specific rules for that game and why they ripped her off were not public and they would not provide a written copy. The only thing the manager would allow is the generic rule brochure from behind the counter.

What happened at this Local Casino? Oops I mean Bingo Hall (even though they are full of video slots they don’t call video slots) This is another scam, calling Casinos Bingo Halls, when they have slots in them that they do not call slots. LOL>>> affecting all the old horse track people in the racing crowd, who got burned by these but no one seems to care about them. (That’s another Story Altogether)

The Local Provincial run Bingo Hall Game was a progressive 250 payout 150 carry on prize for a full card coverall. In this instance if you get your bingo on the exact number drawn from the first G Ball out of the machine you win the Progressive amount. Otherwise you win 150 for your full card.

How Did a Bingo Get Missed at a Live Local Bingo Hall?

In this Bingo game how it works was The first G ball drawn from the machine is the number you must win on to get the progressive amount which goes up each bingo in a small proportion until won.

For example if G58 is called first G from the machine, this means if you bingo any time before or after the 58 th number called you win $150. Only Winning right on the 58th number gets you the $250 progressive prize or what ever the amount may be.

In this case it was $250 not $5000 or something like that, which I mention because it will be important information soon, as to why and what happened, and why and what should not have happened. Keep reading…

If new you may or may not miss numbers and thus miss getting your Bingo Paid at a bingo hall, and they will not pay you if you call Bingo on any subsequent number called. Stupid rule, yes. Rip off even, and it discourages slow players or new players from the game. Heck you might be a long time bingo player and missed bingo’s and not even known it!

Play Online Free and Practice First so you do not lose money and get bingo scammed out of your cash if you miss your bingo on the exact number at live bingo halls. If you go to a real bingo hall they charge an arm and a leg to play and do not let you practice for free. In addition, you are new and will not know what you are doing

If YOUR new to Bingo Don’t go wasting your money in a bingo hall. They are way too expensive and there are way too many people playing in them for the relative small prizes they offer. The more people playing for a small one  and two line prize is a rip off for the player but a huge win for the house and sponsoring charity take.

Bingo Game Tips Rules and Etiquette to avoid losing money due to the last number called Rule.  For Both New and Experienced Classic Bingo Hall Players so you do not miss out on a Bingo: 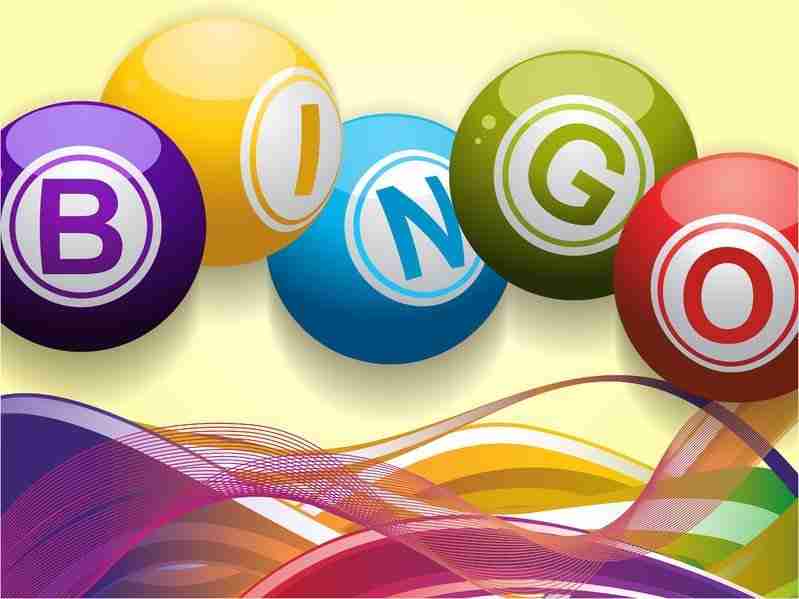 Payouts are a rip off at Bingo Halls and Some People just don’t see it or don’t realize.

If you happen to bingo the payouts are not proportionate to the amount of players in the Bingo Hall. If there are 200 people playing for a measly one line two line bingo worth 100 200, or 150, 200 dollars respectively then that’s peanuts for that amount of people. The Math and Odds are totally against you. You only benefit with 50 or less people in the hall. With 200 plus or any amount over 50 your odds go way down.

How Does a Local Bingo Hall Work

200 People with 6 strips or 12 strips each (lets take the average at 8 strips) times 3 cards per strip and that gives you 24 cards per person per game.

That’s a huge difference and your only playing for $50 and $100 or $75 $150 at most in some halls for a one line 2 line bingo. What a bingo scam that is. Good for the hall to pack people in and they keep the access cash profits but do not give it back to the players at all. Not even in a small proportion.

So you see if there is 1200 cards or 4800 cards in play lets assign a value to them not exactly but approximately as I do not know the profit margins for bingo casinos. Lets say all the book sales for regular games hypothetically allocates 1 dollar per strip of 3 cards to that games payout at 50 for one line 100 for 2 lines.

Now Back to the higher number of 200 people which is typical in a bingo hall.

They now made Gross profit of $1450 on that one game alone because prizes do not go up proportionately with cards sold.

50 people in the classic bingo hall casino equals $250 profit for house/charity and $150 for players and better odds for you and I.

200 people in the classic bingo hall style casino equals $1450 profit for the house/charity and still only $150 for you and me the players.

But YOUR chances of winning that small 50 and 100 one line and 2 line bingo prize money have Gone WAY down with all the extra cards out there competing for that small  prize. I call that a bingo hall rip off. Your scamming yourself into thinking you have a long term chance of ever coming out ahead playing in a hall with 200 plus people with small prizes in regular games.

You need to go to local bingo halls with the fewer players the better. Its all mathematical probability. The more people there are competing for a prize the less chances you have to win. Not to mention the bingo hall prizes are split among winners.

To win More Money and Better your chances remember:

Go on bright sunny days when people are most likely gardening

Or go during stormy icy or wintry weather. Way less people go at these times, and I have had good luck winning more because there is fewer players, and fewer cards to compete against.

Bingo Halls Have no free play and do not give bonuses

Online bingo halls do, they give back to the players. Local bingo halls scam the money for themselves and give a proportion to charity’s to make it (OK) in their eyes and to brainwash others as well into thinking the same thing.

Yes charities need money, but I don’t think they receive enough of it and the government and casino owner takes the most, making it seemingly OK under the guise of giving to charity. Play Online and avoid the bingo scam of not proportionately paying out to players.

Avoid traffic, lineups, aggravating people, bad callers, and getting ripped off and not paid because you discovered your bingo late.

Conclusion to Bingo Rules and Etiquette:

Its no wonder classic bingo game halls once popular in Canada have been on the decline, especially with the heavy hand of the governments taking over. In the UK where Online Bingo is most popular, they have been making the switch to Playing Bingo Online and Local Bingo Halls have been closing up shop.

Its time to Play Online Bingo in Canada and the USA as well, and let these classic bingo games at local casinos masked as Bingo Halls dry up with the times. Read Here Why Local Bingo Halls and why bingo callers futures are up in the air and may be gone soon enough anyway.

Link to Us and Share Bingo Rules and Etiquette